Celebration of the 71st Independence Day of the Republic of India

The 70th anniversary of India’s Independence will be celebrated at the Embassy of India, 4 Alfred Nobel Street, Geo Milev, Sofia 1113 from 1000 hrs on Tuesday, 15th August, 2017.
The function will include Flag-hoisting by the Ambassador of India, reading of the President of India’s address to the nation, a film on India’s journey during the 70 years of its independence and a cultural programme. Refreshments will be served.
All Indian nationals and their families are cordially invited to attend the function. 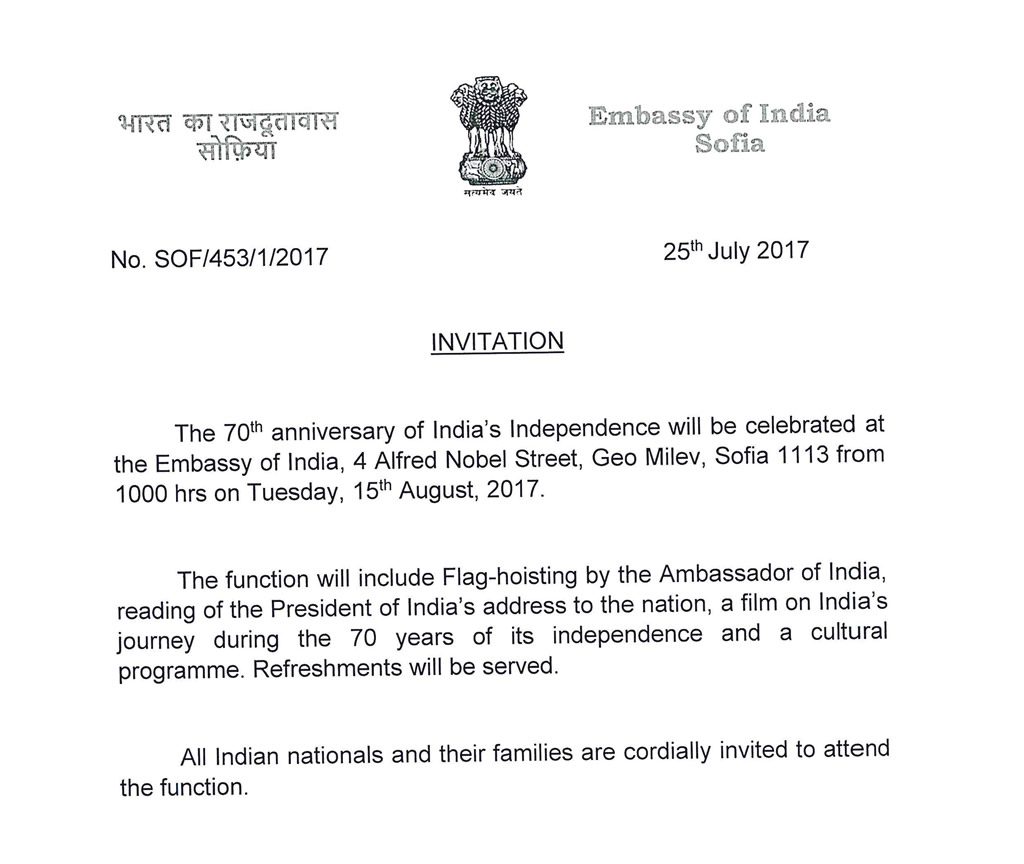